From Upstate and Canada
Northway (I-87) to Exit 14 to Saratoga Springs.

From Vermont and New Hampshire:
Route 40 to Schuyerville and Route 29 to Saratoga Springs.

Amtrak provides service to Saratoga Springs. For a list of departure cities, prices and reservations, call 1-800-USA-RAIL or click here.

Get to the track in style with Lyft! Use code SARATOGA19 for $15 off your first three rides, up to $5 per ride! 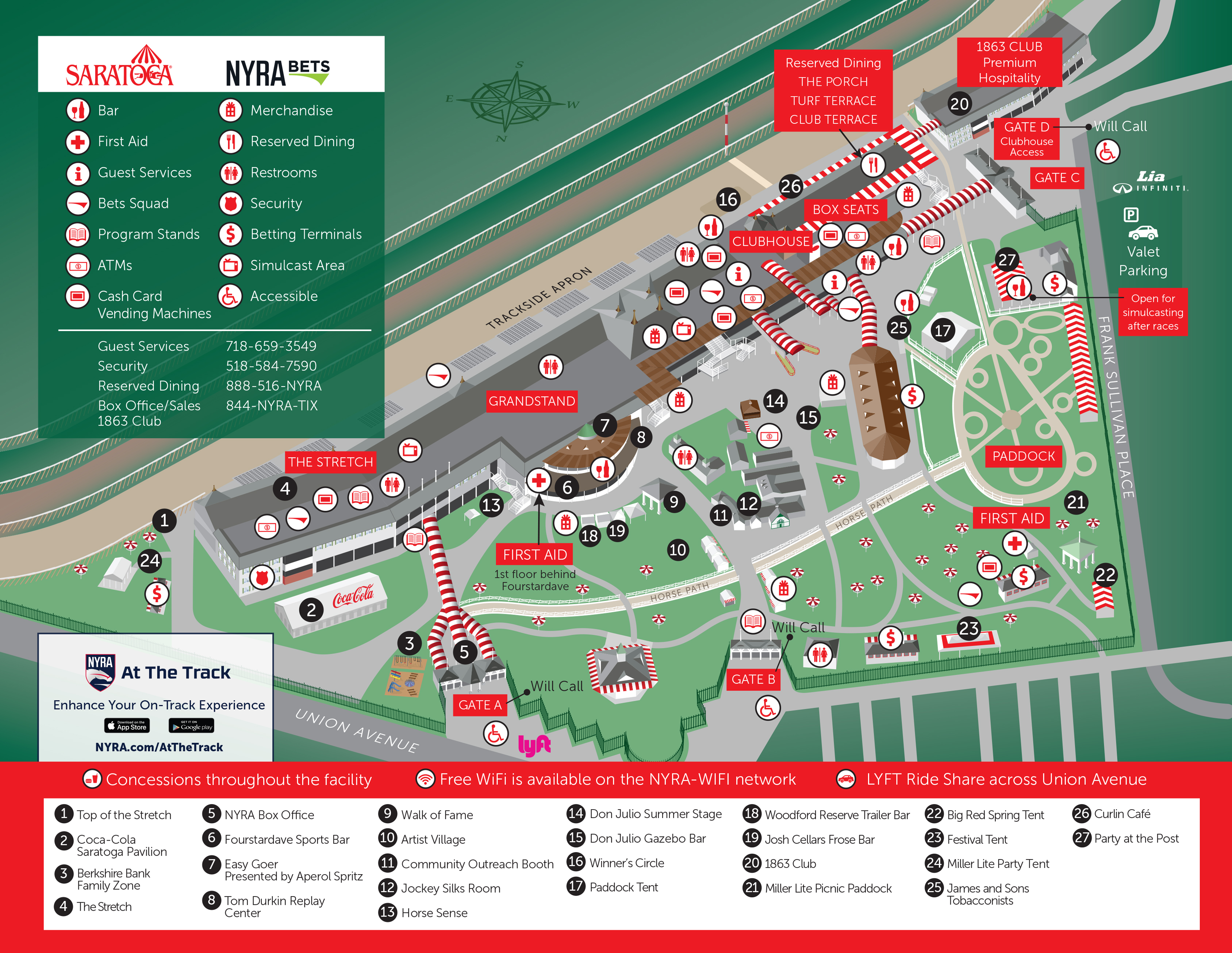 Gambling Problems? The New York Racing Association encourages responsible wagering. If gambling is a problem for you or someone you care about, help is available 24 hours a day. Call toll-free 1-877-8-HOPE-NY