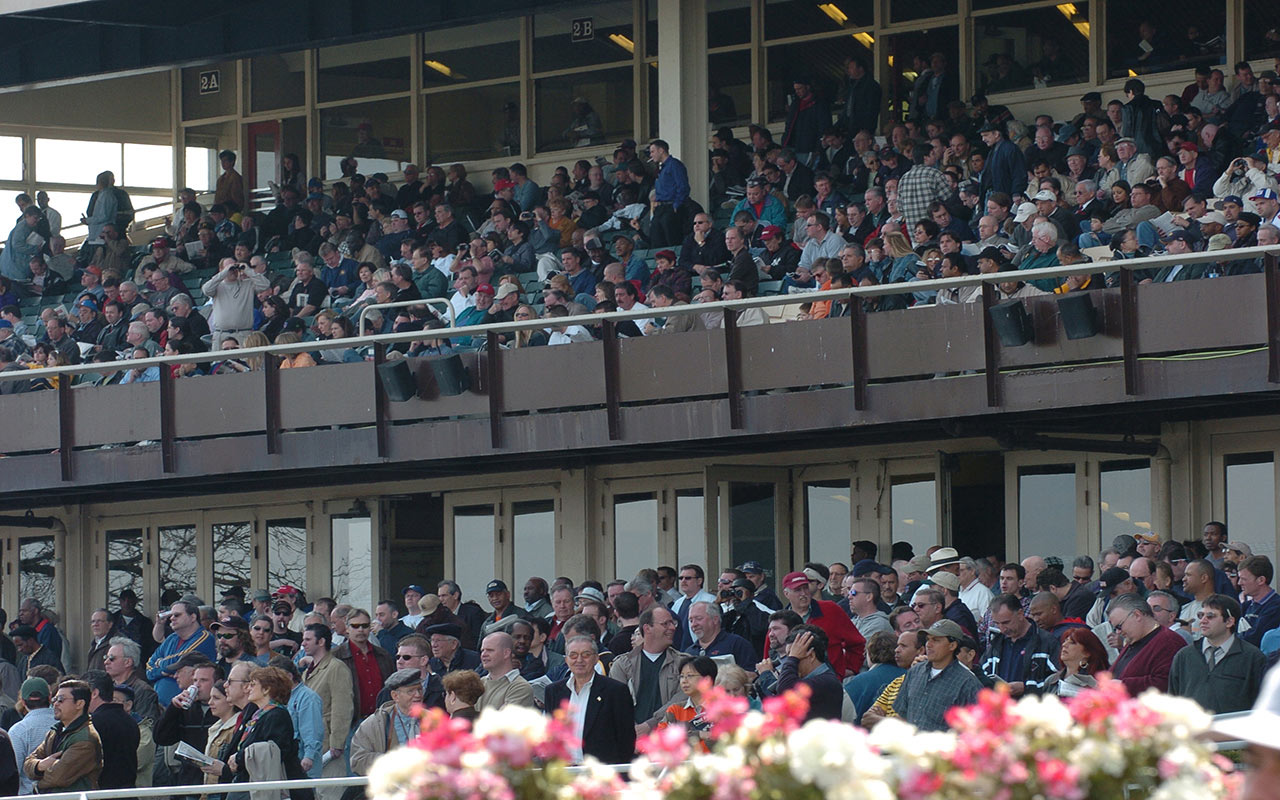 Admission to Aqueduct Racetrack is free!

Fans are encouraged to sign up for a NYRA Bets account to watch and wager from anywhere! Plus, earn points and cash when you play special promotions, offered every day.

Aqueduct Racetrack opened on September 27, 1894, on property that belonged to the old Brooklyn Water Works, which was home to a conduit that brought water to New York City from the vast Hempstead Plain. Also known as the Big A, Aqueduct is the only racetrack in New York City, occupying 210 acres in South Ozone Park in the borough of Queens. Just eight miles from its sister track, Belmont Park, Aqueduct's neighbor is John F. Kennedy International Airport, the top international passenger gateway in the United States.

From 1955-59, Aqueduct was rebuilt with a new grandstand, main track, barns, and accessory buildings. The new Aqueduct opened on September 14, 1959 to a crowd of 42,473 and rave reviews as the most up-to-date racing facility in North America. From 1963-68, during the reconstruction of Belmont Park, Aqueduct was the site of the Belmont Stakes.